One dozen cupcakes per flavor minimum on all orders. All cakes are gluten free. Some recipes include pure almond extract.  Please specify if you have concerns with a tree nut allergy. Cupcakes are frosted as listed unless requested otherwise. Custom frosting can be added to any cupcake order for an additional $5.00 per dozen.  This includes any custom colors or additional toppings.

Please book early to avoid a rush fee of 20%   I also need at least 24 hours notice for a cancellation or I will still have to charge you if I’ve already baked your order.  Seriously.

Double Vanilla – A tender vanilla cake topped with our signature whipped vanilla frosting and a cherry on top!

Double Chocolate – For the chocolate enthusiast.  A decadent dark chocolate cupcake topped with and light chocolate buttercream and chocolate sprinkles

Chocolate and Vanilla – The best of both worlds! A moist, dark chocolate cupcake and my signature whipped vanilla buttercream with a cherry on top

Coconut – Similar to the vanilla cupcake, but with the coconut amped up and covered in toasted coconut

Lemonade – A light lemon cake topped with a tart, lemon frosting.  Also available as pink lemonade with a cherry on top!

Red Velvet with Cream Cheese Frosting – It doesn’t get much better than that!

Hot Fudge Sundae – A happy favorite! A dark chocolate cupcake topped with our signature, whipped vanilla frosting, then covered with a chocolate ganache, sprinkles and a cherry on top!

Vanilla Toffee Crunch – A vanilla cupcake baked with toffee in the cake, then topped with vanilla frosting and crushed toffee

Berries and cake are meant to go together

For an additional fee, frosting colors and piping styles can be customized for your event!

The inside of this beautiful, triple berry ombre cake 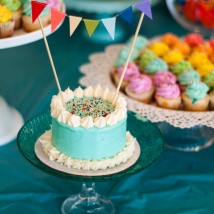 I love these mini 4″ layer cakes. They make the day extra special for the birthday boy or girl!

MIni cupcakes are so cute and perfectly proportioned for kid birthdays and large parties! 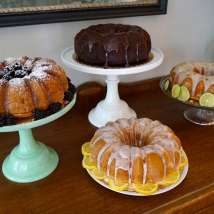 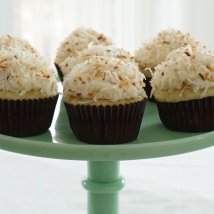 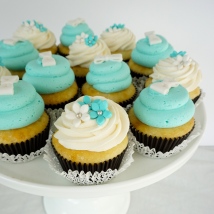 Tiffany Blue cupcakes! The customer provided the toppers and wrappers for these little beauties.

Tiffany Blue vanilla layer cake. These simple cakes can come in any color and can feed up to 30 people! 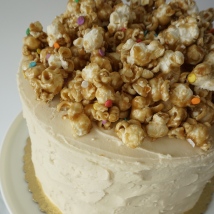 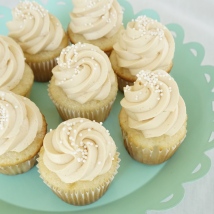